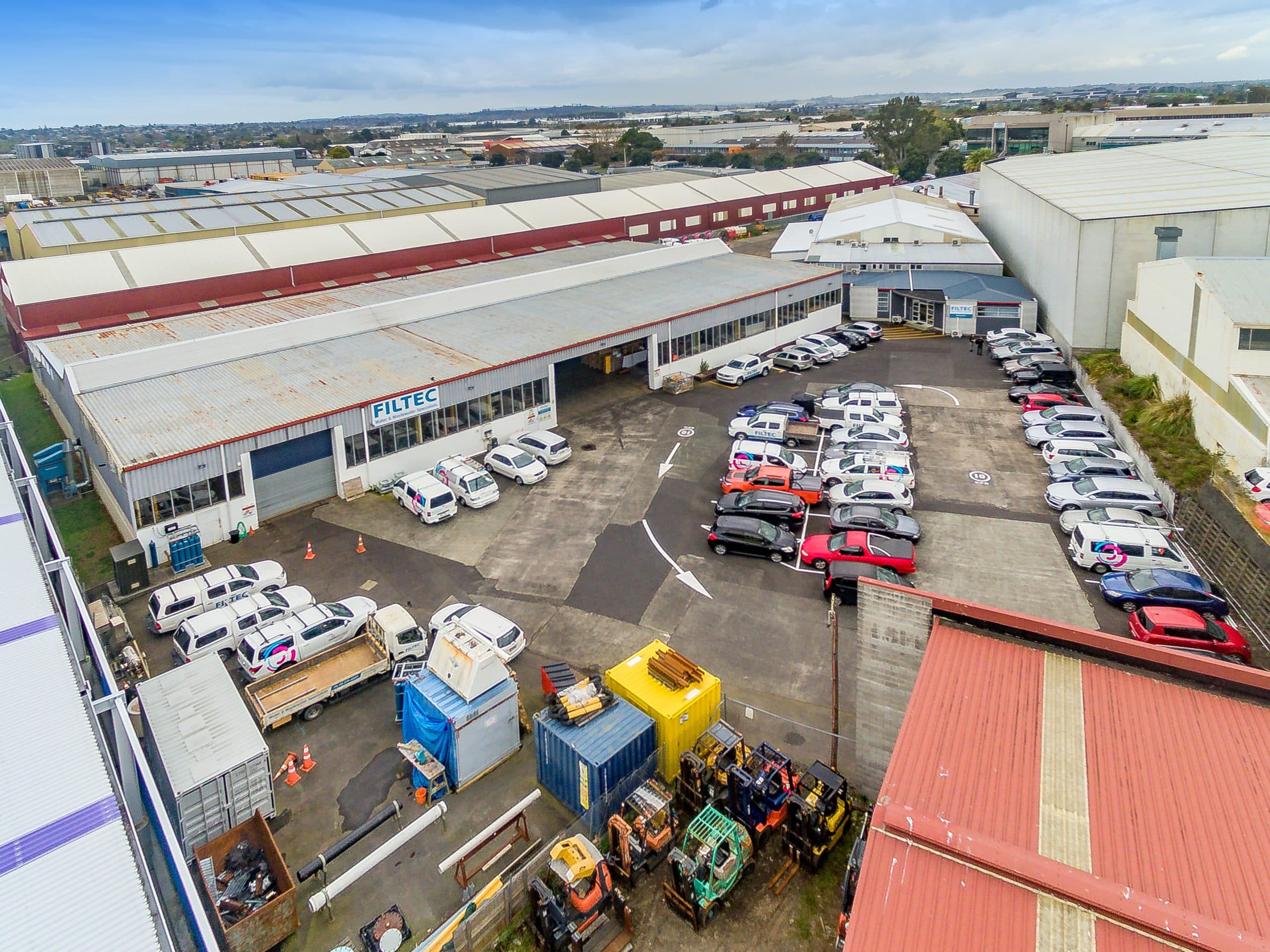 Provincia adds value by identifying properties that are undervalued and therefore have future upside. Value can be added to commercial properties in a number of ways, by buying under market, improving lease terms or structurally improving the buildings somehow. Carbine road is an example whereby adding value several different ways can improve the overall value immensely. Provincia’s strategy is to build an upside into every property purchased, which ensures future rental and value growth for the portfolio.

Carbine Road had been on and off the market several times but had failed to sell, even though it was in one of the most sought-after industrial areas in Auckland. Carl and Jack thought it was worth investigating and got the property under contract.

After some initial investigations they found out that the buildings had major structural issues which meant the building was below the acceptable safe earthquake rating. Additionally, the leases had inflation adjusted rent reviews that had never caught up to market rents and some of the lease terms were short and due to expire. These were all risks.

Other potential buyers saw these issues as negatives, but Carl and Jack saw them as an opportunity to get the property for a good price and add value by making improvements to the building and leases.

During the pre-purchase due diligence process they engaged a specialist structural engineer Dr  Dmytro Dizhur, who used surface penetrating radar to look inside the walls. He found that one of the buildings had a lot more structural steel in the concrete than had been assumed, so was able to upgrade the building to an acceptable safe earthquake rating immediately at no cost.  The other two buildings required minor structural improvements to get them to a safe earthquake rating, the cost for the improvements in relation to the value increase was minimal. The structural improvements were carried out and the building revalued shortly after the purchase.

Since the purchase one of the long-term tenants has renewed their lease for a further 6 years and another tenant was replaced with a tenant on much more favourable terms than the previous one.

Another long-term tenant is on an inflation adjusted rent review which has not kept up with the market rent. When the rent is reviewed to market in the future there is potential to increase the rent and add further value to the property.

Lease Improvements carried out in 2022

*There has also been a substantial increase in land values in the Mount Wellington area which has also contributed to the gain in value.

By improving the structural integrity of the building and improving lease terms, Provincia was able to add $3.8 Million of value in less than 3 years. There is further potential to add value when the inflation adjusted rents are reviewed to the market in the future, realising more potential.

Get the industrial insider email!

Leave us your details and we’ll send you our insider tips on industrial investing and any new investment opportunities.